One of the first challenges a CG artist faces is making a 3D model look like glass instead of plastic. Your audience can tell the difference, even if they can’t tell you exactly why.

There are a few important differences in the way glass and plastic look. One of the major distinctions between them is the way liquids adhere to them, which in turn changes how they appear. The difference is very subtle, but your audience will instinctively recognize the difference.

The way a liquid adheres to itself (called cohesion) makes its molecules cling together inside the glass. But when they encounter another substance such as glass or plastic, they adhere to it differently than they do to themselves. This property is called adhesion. The image below shows adhesion and cohesion of maple syrup in a glass container. 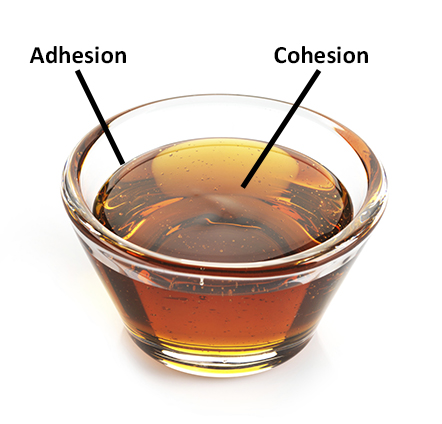 Where the liquid adheres to the glass, a meniscus forms. This is a curved area that varies in shape, size, and curvature depending on the liquid and the material it adheres to. A larger meniscus creates a thick rim of liquid, which reflects and refracts differently from the rest of the liquid. Water against glass forms a concave meniscus. 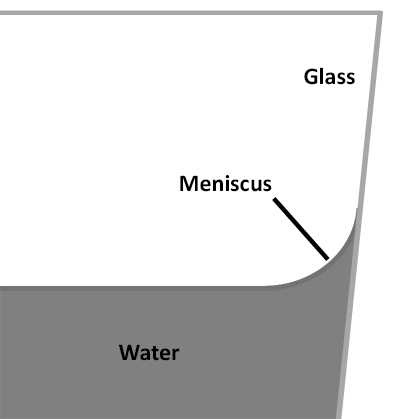 Maple syrup, similarly, forms a concave meniscus with glass. In the maple syrup image earlier in this post, note the visible rim of liquid all around the glass. The added thickness makes the meniscus more refractive, with a visible line around it. 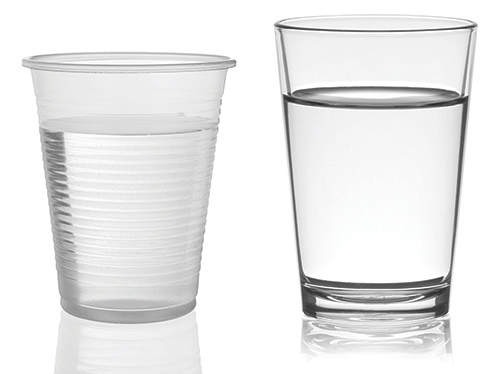 While there are other differences in the appearance of glass and plastic, the meniscus is one of the most important, and the one that is often overlooked by frustrated artists trying to make photorealistic renderings.

You can learn more about liquids and adhesion in Chapter 9 of Physics for Animators.