Message in a Bottle

A message in a bottle bobs along in the ocean waves. What could be more evocative? Castaways throw them, poets and songwriters write about them, and we all hope to find one someday.

But filming such a scene is problematic, as I found when I tried to shoot one not long ago. The bottle goes where it wants to go, and any shift of wind or current takes the bottle in a new direction. I finally got the shot, but it wasn’t exactly right. Still, I got some good reference footage.

To get this type of scene exactly the way you want it, you’d need to animate the scene with software. Before doing so, it can help to understand exactly what’s behind that bobbing motion.

What’s in a wave?

When water forms waves, individual water droplets under the water’s surface actually travel in circles, going up and down and up and down.

The water droplets at a crest then roll downward and form a trough, then roll back up again to form a crest. While an individual water wave can appear to move a great distance, the individual droplets themselves are just rolling around and around within the same area. 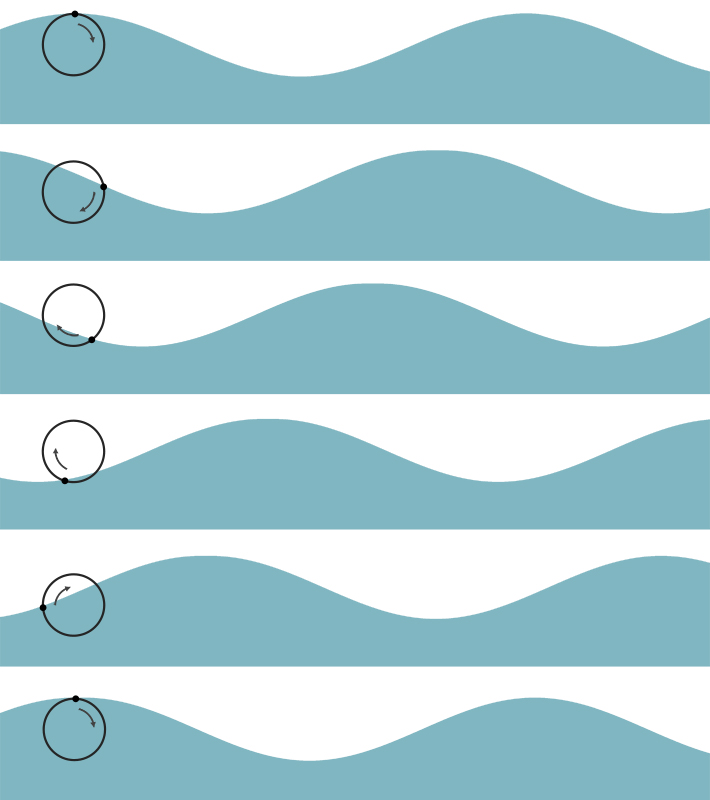 An object floating on the surface simply follows along with whatever set of water droplets it’s sitting on. Unless it’s affected by wind above the water’s surface, the bottle moves only as much as the water does.

Once you’ve animated your water and have a rough idea of the average wave’s frequency and amplitude, you can easily animate a bobbing motion for any floating object.

You can learn more about waves and bobbing motion in Chapter 9: Fluid Effects in Physics for Animators.