The Colors of Space

The Hubble Telescope has given us some beautiful images from deep space. A familiar example is the Pillars of Creation formation in the Eagle Nebula, a breathtaking formation of gas clouds in our own galaxy. Much of the light it emits is in the red part of the spectrum, when considered strictly in terms of light wavelength. But a straightforward depiction of the image would be very boring if it was all just red, red, and more red, so the renditions shown to the public give different colors to various light sources. 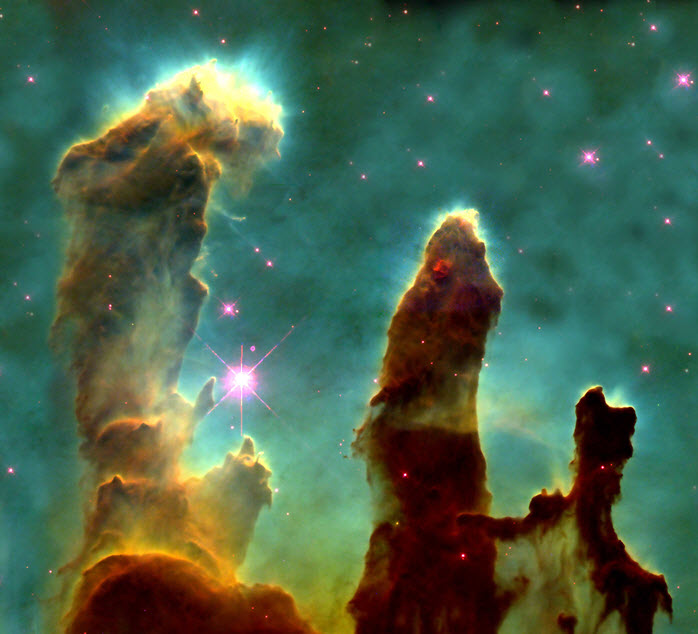 The classic image (shown above) depicts light from different types of atoms as green, red, and blue even though this isn’t what we’d see with the naked eye. Other types of formations might look completely white to us, or might not be visible at all. Lots of wavelengths we can’t see at all, such as infrared light, are captured by the Hubble’s sensitive instruments, and this information is included in these “treated” images as visible color.

Naturally, when a nebula is shown in a movie, the colorful rendition is used rather than the more accurate red-red-red one. For example, the colorful version of the Pillars of Creation shown above is used in the striking outer space scene that opens the film Contact.

You can find out more about how colors are assigned to Hubble images at NASA’s Hubble site, and also in Chapter 10 of Physics for Animators.