What is a gas, really? And can it always explode?

The term gas explosion could be used to describe several different kinds of explosions. In order to understand this, let’s take a look at different definitions of the word gas.

While gasoline and propane gas (and yes, farts) will burn or if lit by a spark or flame, they cause an explosion only if they are in an enclosed space. Remember that an explosion is vapor rapidly expanding. Most vapors expand when heated, making more pressure inside a tank or cylinder. So in order to have an explosion you have to have vapors, heat, and a container for the vapors to push against. 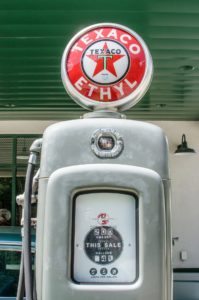 Burning gasoline would have to be in an enclosed tank in order for pressure to build up from the heated vapors, and only then might the tank explode. Shooting a gasoline tank might make a spark that will set the gasoline on fire, and there might be enough pressure buildup to make the gas tank explode, but in reality this rarely happens. In the movies, though, shooting a car’s gas tank almost always results in a huge fireball explosion.

Propane gas, if allowed to reach a concentration of more than 3-5% of the air inside a house, can be ignited by a spark or flame. The gas burns up very quickly and makes a bright flash. If there’s a high enough concentration of gas, its expansion causes the house to explode, and heat from the burning gas sets the house on fire. Burning pieces of the house can also fly off and set the environment on fire. This is the type of explosion that police and the media call a gas explosion. Because such an explosion requires no special skills to create, and because it’s so spectacular to watch, these types of explosions are frequently written into movies and TV shows.

This is also why consumers are advised to open a window if they suspect a gas leak; since there’s a lower concentration of gas in the air outside the house, the propane will naturally flow out the window to try and restore equilibrium, thus reducing the concentration of propane gas inside the house to well below 3%.

Compressed vapor can suddenly break out of its container, effectively exploding the container. This can happen if the vapor expands because of heat, especially if the container has a weakness from being dropped or crushed. The pressurized gas pushes at the container at the weak point, eventually busting the entire thing wide open.

If the tank is pierced, as with a bullet, most likely it won’t explode. The tank is more likely to act like a projectile missile, with the vapors escaping out one end acting like a jet stream to propel the tank in the opposite direction.

If the vapor in the tank is air, any brief, bright blast that appears during the piercing is not from the gas burning; it’s from the rushing air exciting a spark. If you blow lightly on a fire, you can make it burn brighter. That’s the effect you see when a spark reacts with compressed air rushing at it. Recall that while fires use oxygen when burning, and more oxygen means a brighter, stronger flame, oxygen itself does not burn. If it did, all our air would burn up every time someone lit a match!

If the vapor in the tank is pure oxygen, you can get a more spectacular flash than with air. The oxygen being released from the tank can carry the flame to wherever the vapor is going, which is generally outward from the container. But if the flames don’t land on something they can burn, the blast disappears very quickly.

Gas explosions in the movies

The hero is trapped in an abandoned warehouse. Three (no, four) bad guys are closing in on him, ready to shoot him dead. Near where the bad guys are standing, the hero spots a stack of canisters marked “pressurized gas”. What should he do? Shoot the canisters, of course! Then they explode and the bad guys blow up with them.

In reality, shooting or crushing cylinders of pressurized gas (vapors) rarely results in an explosion. More often, you just get a hole in the tank, from which compressed vapor rushes out, causing the cylinder to move in the opposite direction at high speed. But shooting or crushing a cylinder does cause an explosion sometimes, depending on the type of vapor, the strength of the cylinders, and the speed and force of the bullet. In the movies, the vapor is always the right kind, the cylinders are flimsy , and the bullets go fast.

So, the canisters explode. Then what? Regardless of whether the vapor is flammable, the canister breaks into pieces which fly everywhere. Anyone close to an exploding canister is affected by the moving gasses to some degree, as with a strong wind. But there are a few key differences between an explosion of a flammable or inflammable substance.

If the vapor is flammable, it burns up, making an initial flash and then smoke. This flash or fireball lasts only as long as there is vapor to burn, which is usually quite fast. Some of the flying pieces might be so hot from burning vapor that they cause whatever they hit to catch on fire. There is smoke from these fires, too. The canister pieces themselves might be glowing hot but they won’t be on fire; they’re made of metal, which tends to melt rather than burn.

If the vapor isn’t flammable, there will be an initial flash as the sparks from the bullet are excited by the escaping gasses, and a bit of smoke. If the gas is pure oxygen it might carry the flames a short distance, but not very far. Damage would be mostly from pieces of the canister hitting other things.

Examples of not-really-explosions in the movies

In the 1975 movie Jaws, Chief Brody kills the big nasty shark by throwing a scuba tank into its mouth and then shooting it, causing a massive explosion that causes Mr. Jaws to become just so much chum. In reality, this would not happen. Steven Spielberg admits that he knew the ending he constructed for Jaws was unlikely, but he didn’t care because it would be so satisfying for audiences. The TV show Mythbusters tried it, and found that shooting a scuba tank just caused it to act like a projectile missile, thus “killing the shark” by blowing out its backside.

To learn more about explosions and how to represent them in animation, see Chapter 8 of Physics for Animators.